Every driver needs to carry legal documents for their vehicle: an original driving license, insurance, Registration Certificate and a PUC Certificate.

It is mandatory for all vehicles operational on Indian roads to carry a legitimate PUC certificate.

The PUC certificate must specify:

What is the Procedure, Cost and Validity of a PUC Certificate?

Vehicle owners can get the emission test and the PUC certificate at any of the following places:

Costs & Penalties:
The cost to obtain the PUC Certificate varies from Rs.60 to Rs.100, as well as on the fuel type. While the fine for not carrying a PUC certificate is Rs.1000 for the first time offence and Rs.2000 for a repeated offence. In 2012, the Supreme Court of India banned the use of tinted glass and sun films on vehicles for the safety of passengers. The rules governing tinted glass are defined in The Motor Vehicles Act 1988 and state that the visual light transmission (VLT) limit for front and rear windshields are set at 70% and 50% for side windows on all vehicles. On 27 April 2012, the Supreme Court of India ordered black films on windows to be removed.

However, in a country like India, where temperatures are constantly high, it is impossible to drive a car without some protection from the sun. With this mind, you can have tinted glass on your car as long as they fall within the law guidelines. Car manufacturers do provide tinted windows that follow government regulation, but we cannot apply dark films of our choice freely on our car.

Before looking at alternative options, here’s a list of existing tints that are available to car owners.

Dyed Window Tint
Used more for appearance rather than functionality, dyed window tints are a good choice if you are on a budget. They block sunlight using multiple layers of dye, but the dye fades over time from excessive UV exposure. This type of film can block 5-50% of the light from entering your vehicle and they do provide some level of heat reduction, but it doesn’t block as much heat as different types of tint.

Metalized Window Tint
Combining the benefits of dyed window tint with better heat rejection, metalized window tints also filter out heat by reflecting it. These films make use of tiny metallic particles to block sunlight instead of using dye. Although this tint doesn’t fade and has durable features, it interferes with GPS, radio and cell phone signals due to the metal elements within its layers.

Hybrid Window Tint
The hybrid tint is a blend of the advantageous features of both dyed and metalized tints. With the dyed layer, hybrid films can block a fair amount of light, while its metallic parts, it creates a cool, dark appearance. The hybrid tint retains a lighter appearance but manages to block heat, making it one of the most high-performing options comparatively.

Ceramic Window Tint
Considered one of the best options for a window tint, this recent addition offers 99% UV protection and blocks 50% of solar heat without blocking visibility. It contains ceramic particles known for their non-conductive properties, increases shatter resistance and allows radio signals to pass through it.

The Legal Alternative
Asahi India Glass (AIS) has introduced a new legal alternative for tinted windows and sun films. Their Dark Green UV Cut Glass fully complies with the Central Motor Vehicle Regulation for transparency. It is made to absorb energy from solar radiation, cutting down the sun’s heat inside the cabin and eliminating UV radiation by more than 80%. This further reduces the usage of air-conditioning by 10-15%, improving fuel efficiency. With AIS being one of the largest supplies of automotive glass in India, various OEMs have already shown interest to work with AIS and roll out cars with this befitting alternative. 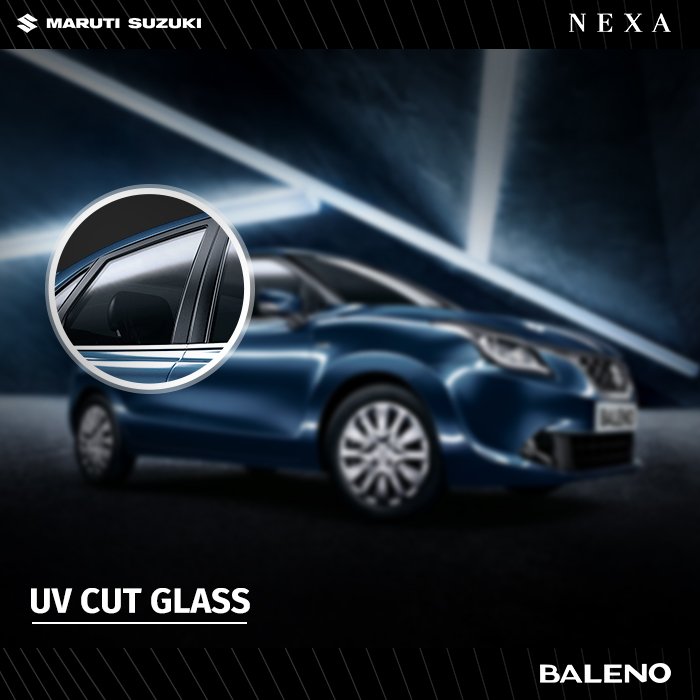 Travelling to the hills and driving there can be just as thrilling as it can be dangerous. There can be blind curves and hairpin bends and the driver needs to know how to navigate these. There are some necessary cautions and hill driving etiquette that need to be followed at all times.

Here are some tips to follow while driving in hilly regions:

Go Slow:
Do not exceed the approved speed limit while driving to any Hill Station. Watch out for the road signs that instruct you on the ideal speed for the location you are in. Speeding is dangerous on mountain roads and not the place you’d want to test out how fast your car can go. Gravity will work against you whether you are driving up or downhill. Slow down on all curves and descend at the same speed that you used while going up, and drive below the speed limit on curves.

Overtaking:
Overtaking is a risk even on the plains but tenfold on mountain roads. If you must overtake, always check traffic signs for bends, if the road is wide enough, and watch the vehicle in front of you for any signs of change in speed or swerving. When going uphill remember the traffic against you is moving faster coming downhill. Be smart in your judgement before you attempt it.

Know the types of roads:
Before you start your trip, do research on the type of road you will be driving on. Whether it is a typical narrow hilly drive or a well laid dual carriageway. Roads could vary from a good 4 or 6 or even 8 lane expressway to an off-beaten, bumpy path, it is always safer to be mentally prepared for different kinds of roads that are in the area you are travelling to.

Know your driving skills:
You should know just how much your car can take. Does it have the power to climb those steep roads? Will it carry a full load? You should also know how to handle your car to get the best out of it on those uphill pulls. The steeper the road, the more you will have to use lower gears to climb them, as well as lower gears together with accurate braking techniques while descending. Be vigilant about your tyres, your braking and your steering, especially on wet/damp roads.

No matter how much you want to, it’s never a good idea to try out those Fast and Furious drifting manoeuvres you’ve seen in the films. As adventurous as you feel, safety is still the priority. These days the headlight technology that has been advancing at such a rapid rate that there are several options when it comes to headlamps. Let’s take a look at some of the different types of headlights available on the market.

Halogen Lights:
Most vehicles are equipped with halogen headlight bulbs from the factory. A halogen bulb is similar to an electric bulb but uses halogen gas to increase brightness instead of a filament. The bulbs emit a yellowish hue, due to the high 3000k colour temperature. Halogen lights produce a lot of heat as electricity, making these bulbs quite difficult to handle, while the lumen output is fairly low (about 700 -2000). However, Halogen headlights are relatively inexpensive to manufacture compared to other options and are still in use today. These standard headlights are the most common headlights on the road. HID/Xenon Lights:
HID or high-intensity discharge headlights are also called Xenon headlights as Xenon is one of the gases inside the bulb. These headlights don’t use a metal filament to create light and produces a bright white/bluish colour. They are relatively brighter than halogen and produces around 3,000 lumens; this makes them take extra time to warm up and makes them a bit more expensive. Some countries have banned these lights as they are too bright to be used. 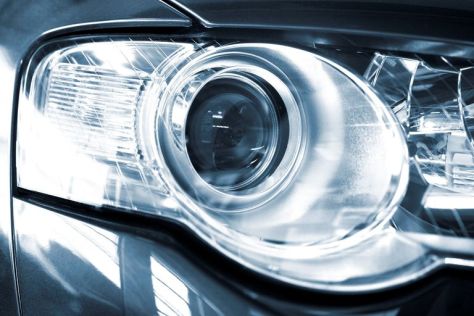 LED Lights:
LED Headlights or light-emitting diodes are the most energy-efficient choice of bulbs available. The advantage is that they light up instantly and last longer than other light sources. These lights work by converting electricity into light through the diodes inside the headlight. This makes them a more expensive option, but they are worth the price. Due to their stronger intensity with a range from 4,000 to 12,000 lumens, visibility is improved whether on high or low beam. *Lumen is the amount of light emitted from a source. Higher the lumens, the brighter the light.