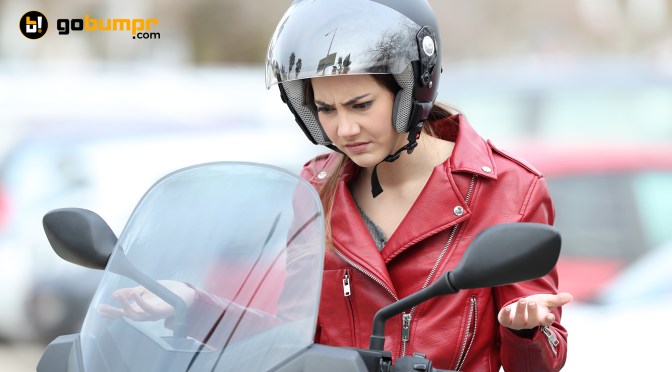 India has quickly become the world’s largest two-wheeler market. With its considerable population size, most of which own a two-wheeler. It is a common sight to see hundreds of motorcycles on the roads, rather than cars. We Indians have come to depend so much on our bikes, that our whole day gets messed up if our bike breaks down in any way. Unfortunately, using the vehicle as much as we do on a daily basis, there are bound to be some mechanical hiccups.

Things to keep an eye on:

Weak battery:
Almost all two-wheelers are equipped with an electric start and this starter is entirely dependent on the battery. Your bike’s battery should have sufficient power to turn on this motor, but it needs high voltage from the battery for ignition. Signs of a weak battery is evident if your self-starter, horn and headlights don’t work well or even not at all. Quick tip: you can try pulling the clutch lever first and check if it starts up.

Low fuel:
It may not happen often, but it does happen occasionally; when your fuel gauge is inaccurate. Although it might seem clichéd, it won’t hurt to shake your bike a little and listen closely for any splashing inside your fuel tank.

Clogged fuel:
Sometimes your fuel control valve can get clogged with rust and dirt. Just make sure that corrosion doesn’t build up that could also lead to leakages.

Neutral mode:
Some bike may be required to be put into neutral for it to start, rather than the clutch lever. Put your bike into neutral and try to start it up.

Check the tailpipe:
With the amount of travelling that we do on our bikes, there’s a good chance of your bike’s exhaust getting clogged; it’s always a good idea to check the exhaust if you have any pets or animals in the area.

There is nothing more frustrating than having vehicle trouble when you need to go about your day as planned. Just remember to not panic and follow through with these common issues first.