When preparing for long road trips, it is always wise to make a complete checklist before you start, as you can never know when your car will break down. A good tip is to store an emergency vehicle kit fully equipped at all times in your car. A few must-haves include:

Always get your car thoroughly checked and be ready for any emergencies. Remember, when in doubt, just follow the car manual. 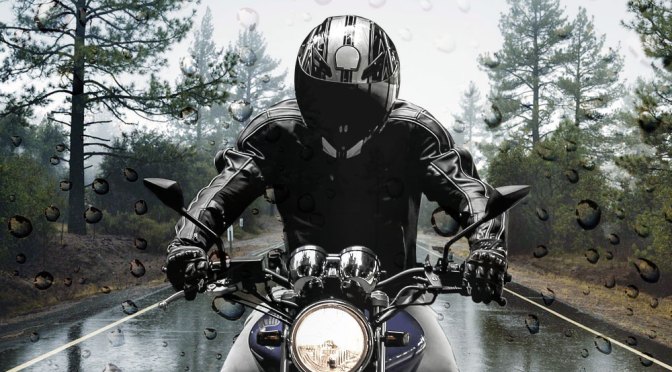 The Southernmost state of India has this unpredictable monsoon changes. Be it the regular rainy days at the ending months of the calendar. Or the sudden climatic changes due to the winds originating from Arabian Sea and the Indian Ocean, the coastal regions have always been prey to the effects of the rains. As heavy property damages form the crux of the aftereffects of the monsoon, let us see how one important property of every household (other than the smartphones and televisions :P) – bikes and mopeds – can be protected.

During and after rainy days, the streets are usually water-clogged, which means the tyres go deep down into the surface of water. It is a known fact that being submerged or partially submerged in water would increase the weight of a component. So, it is advised that the tyres should be pressurized only at a level slightly lower than the optimum, prescribed limit.

Full-on pressures would make the tyres subject themselves to more pressure while being under water, and a sharp stone or a glass piece would mean detrimental to their life.

Spark plugs are located near the engine compartment of the vehicle. Spark plug is the accessory that ignites the engine initially thereby providing the starting torque. But prolonged exposure to watery roads would mean that the spark plugs also get cluttered with water droplets, eventually making them not function properly.

When there are increased chances of the engine being cooled down, spark plugs need to be taken care of effectively. This would come in handy during monsoon periods.

Since most (or all) of the vehicles that are rolled out today are equipped with the self-start facility by default innately, drivers tend to use them whenever the vehicle needs to be started from the off condition.

In reality, self-starter facility takes in a lot of energy than kick-start. It drains a lot of energy from the battery. During rainy days, it might not work as efficiently as the kick start because kick start delivers in more power and heat than this sophisticated method. Due to the moisture content and the other water-related contaminants being present inside the engine and the components surrounding it, more power will be required to produce the heat that would ignite the engine. So, always use kick starter during rains.

Tyre pressure check is not only the single prerequisite that is to be done during rains. Due to the slippery roads, these wheels on motion do not get the gripping property as normally as that during the normal sunny hours. Moreover, constant exposure to water might make the rubber soften a bit and the constant friction with the roads might be lost.

Some parts of the tyre might also get worn out to such an extent that the outermost visible layer of the tyre would come out when rubbed with hands. When the layers get coming out one by one, the relative strength of the tyres with respect to the contact with roads get diminished gradually, thereby increasing the chances of skidding and sliding multifold.

So, it is mandatory to perform this simple test to see if the tyre is in an operable condition. Just hold your index finger and middle finger on the surface of the tyre with full strength and slide through the surface of the tyre. If there is even a slightest piece of tyre that comes out with the fingers, the tyre cannot be used to drive in watery roads.

Alternately, this test can also be performed with sharp fingernails. You can use a substitute temporarily and then use this one back after the monsoons are over.

Do not stress out the electronic accessories:

It is not a good practice to keep honking horns continuously or using the indicator blinkers every now and then, because they take a toll on the battery. If the battery is even slightly exposed to water at its terminals, this prolonged usage would imply that they are spending lots of energy, which might make them malfunction.

Use electronic components only during dire situations. For example, do not use indicators and horns at the same time. A hand signal would suffice if the road is not brimming with traffic.

Penetration of water into the speedometer and odometer displays is one of the most commonly encountered problems in the rainy days. This hardship is majorly faced only when the vehicle is kept at a standstill for a long period of time at a rainy place (not that the problem does not occur while driving in rains at all, it is just a minor share). This is because while in motion, the air that blows around the vehicle tends to dissipate most of the water particles away from any particular place; this is not possible in case of static stationing.

The air that blows around a stationary body is always lesser in speed (due to the fixed frame of reference), than that around the moving object. This difference could particularly be felt while travelling in a direction opposite to that of the direction of the wind flow.

So, the water droplets that stay near the display meters tend to go into them, thereby making them inactive.

Necessarily, do not fill up the tanks to the full during rains. A lot of water gets mixed up with the fuel and you do not want to dilute the fuel and make it futile and unfit. Moreover, the display meters may not work properly, making it all the more difficult.

So it is a welcome note to keep track of the daily distance versus fuel notification. A comparison with the regular mileage would indicate when the tank needs to refilled, and it also serves as a monitor of how much deviation the fuel undergoes during rains.

These are only some precautionary and preliminary measures in case of an emergency. It is better to consult with a credible service center or a mechanic to avoid serious and fatal problems to the vehicle as well as the driver.