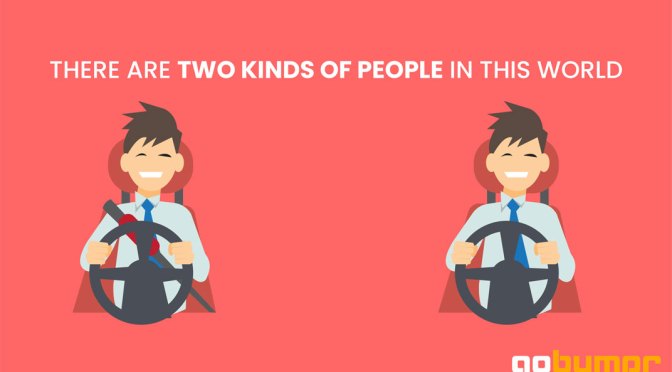 In this post, we will discuss about seat belts. In India there are several world-popular car brands available , previously only had front seat belts. And in the early 2000’s it became mandatory for manufacturers to include rear seat belts.

What Happens If You Don’t Wear Seat Belts?

Inertia – your body will stay in motion in the same direction when the vehicle stops suddenly. If you drive your car at 70km/hr then your body also travels at the same speed, if you do not buckle up your seat belts then you’re in trouble. Sudden breaking would result in you thrown against the dashboard.
People loose their lives everyday in accidents, which could have been avoided by wearing seat belts. The seat belt is designed to protect your lap, pelvis, shoulder and your chest. Buckle up because it will protect you from hitting the windshield or pushing out of the vehicle, reduces the risk of serious injuries and death. Insist people in the back to wear the belts as well, this might save lives during accidents.

There is no fine or penalty by the law if you are wearing your seat belt while driving but you will be fined if you don’t wear it. At the current trend seat belt sensors are directly connected to the dashboard lamp and it horns if you are not wearing it, in some of the car brands your airbag will work only if you buckle up the belts, this will ensure that people wear the seat belts without fail.

Seat belts will protect you at time of accidents or sudden breaking. So wear your seat belts and advise your family and friends to buckle up every time, this will ensure a safe ride not only for you but for the ones riding with you.