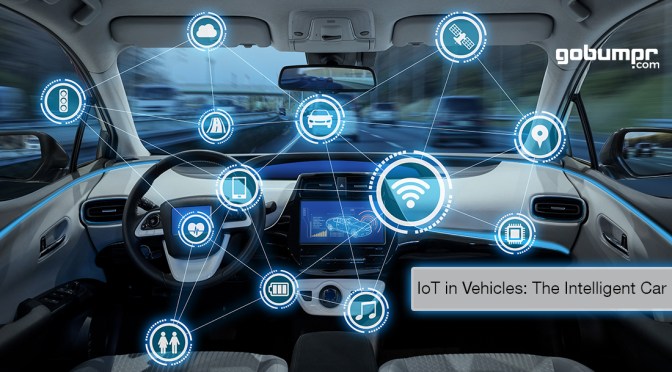 The Internet of Things (IoT) is changing the way we live and the way we drive. Using advanced sensing and inter-connected data, the next generation of intelligent transportation systems has brought us into the era of the ‘intelligent car.’

With an estimate that at least 75% of cars will be connected in 2020, the growth of the Internet of Vehicles (IoV) creates a transportation system that knows who we are and where we want to go.

What is the Internet of Things?
According to Intel, “The Internet of Things is an evolution of mobile, home, and embedded devices and applications that are connected to the internet, integrating computing capabilities and using data analytics to extract valuable information and sharing data over the cloud .” In simple terms, IoT refers to everyday items being connected to the internet to make life easier. This means that you can control specific items remotely, via a smartphone app, to communicate with other products.

For example, if you run out of milk, your connected refrigerator will automatically send you a reminder when you walk past the dairy section in the grocery store. Or if you’re driving around and need to find a parking spot – since your car is connected to the internet, the parking meter connects to your car and tells you where the empty parking spot is.

How does IoT work?
Connected vehicles refer to the wireless-enabled vehicles that connect and communicate with their external and internal environments. The intelligent car is constantly being equipped and upgraded with technology to make us better connected with the elements both inside and outside the car; enhanced navigation, streaming infotainment, enhanced safety features, and especially the integration between the dashboard with smartphones and wearables.

With the goal being to achieve a safer and greener mode of transportation, connected cars are the future. 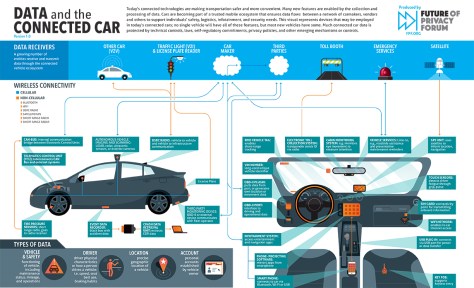 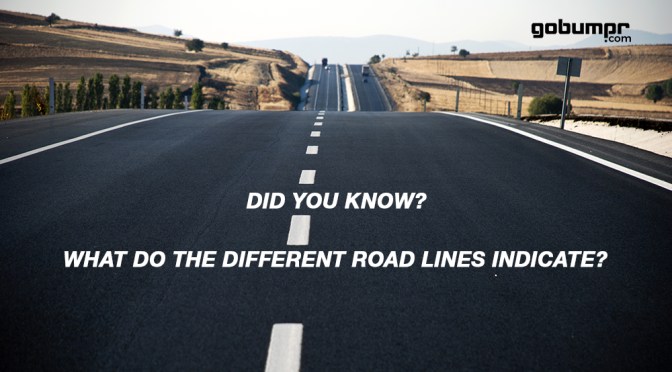 One of the most common road markings that are ignored by drivers is the road lines. These road markings are the coloured paintings on the roads and help to perform the important function of guiding, regulating and controlling traffic. Especially in a country like India, knowing what these road markings mean and following their rules can make our travels safer and smoother.

What exactly do these markings mean?
Line markings are typically white or yellow. While other colours do exist, white and yellow are the most common ones seen on most roads. Horizontal road signs have the following characteristics:

– They mark the lanes.
– Serve as a psychological barrier.
– They define the directions of traffic.
– They help drivers with information about the road and the established lanes and areas.

1. Dashed white line
A dashed white line is the most common of all road markings. This line indicates that you are free to change lanes with caution and stay in the other lane. These lines are drawn on either a one-way road or a two-way road where traffic is coming from both sides. A dashed white line allows you to overtake, but only after you have checked for approaching traffic.

2. Solid white line
Solid white lines separate two lanes going in the same direction. However, if the line is solid, this indicates that you should not change lanes and you can’t overtake the vehicle ahead. You can only stay in the lane you are already in. 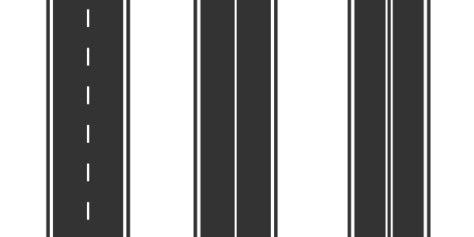 YELLOW LINES:
A road with yellow lines in the centre indicates that traffic is travelling in opposite directions.

1. Dashed yellow line
A dashed yellow line indicates that passing is allowed from either direction. If the yellow line is dashed, this means that you are free to pass a slow vehicle in front of you by crossing onto the other side of the road. Using your turn signals to indicate your intent to pass, the opposing lane serves as a temporary additional lane.

4. Combo of a solid yellow line with broken yellow line
If the road has both – a dashed as well as a solid yellow line through the centre, it indicates that passing is only allowed by one direction of traffic. If the line on your side of the road is solid, you cannot pass, even if the other side is dashed. Only the dashed side of the road can pass. To put it simply, if you are driving on the side of the broken line, you can overtake a vehicle in your lane. But if you are driving on the solid line, you cannot overtake. 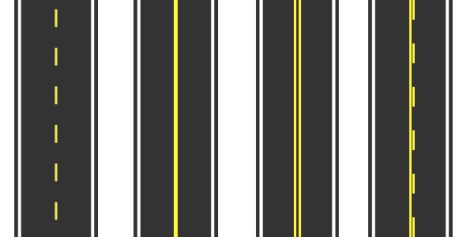 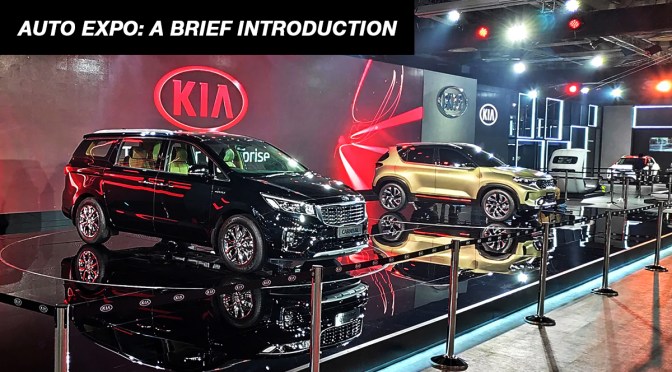 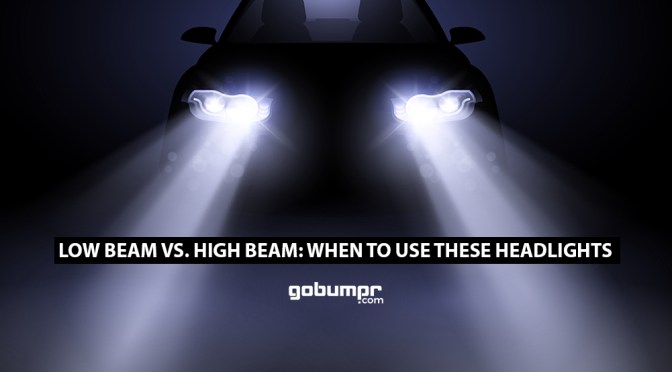 Headlights are designed specifically to cater to the safety and convenience of the driver and ensure the visibility of other vehicles, pedestrians, bicyclists, animals, as well as other obstacles on the road.

Headlights come in two specific modes — low beam and high beam. The main difference between low and high beam headlights is that a low beam is used for normal night-time driving; whereas high beams are used for driving on roads that have little to no light.

WHEN SHOULD YOU USE YOUR LOW BEAM LIGHTS?
Low beam headlights illuminate the road better in certain conditions and allow other drivers to see your vehicle without blinding them, ensuring fewer accidents. They are also ideal for all weather conditions or anytime your visibility is less than 150 metres. As a lower\ beam lights up the road at short ranges, you’ll mostly use them in the city with well-lit roads and areas. Low beams are designed to aim light down to the ground and towards the side; this way they don’t blind vehicles in the opposite direction or those in front of you.

WHEN SHOULD YOU USE YOUR HIGH BEAM LIGHTS?
High beam headlights are only suited for use in poorly-lit urban roads and rural areas. They should have limited city usage as they tend to blind oncoming traffic due to their bright, long-range illumination. They’re usually used on highways and areas without much traffic. Because high beams are so bright, be sure to switch to your low beam when you’re approaching a vehicle from behind so you don’t blind the driver ahead of you.

While high beams increase your visibility to 350 to 400 feet and help increase visibility when driving on dark streets or highways, you should never solely rely on high beams; nor should you use them on city roads amongst traffic. Never use high beams during unfavourable weather conditions as they cause glare and momentary blindness, making them extremely unsafe.

Over time, headlights tend to get dirty with accumulated dirt, and this can cause lower illumination and visibility on dark roads. Remember to clean your headlights occasionally as a necessary safety measure.

Make sure you adjust your driving speed according to the road and traffic conditions and always be considerate of the other drivers around you.