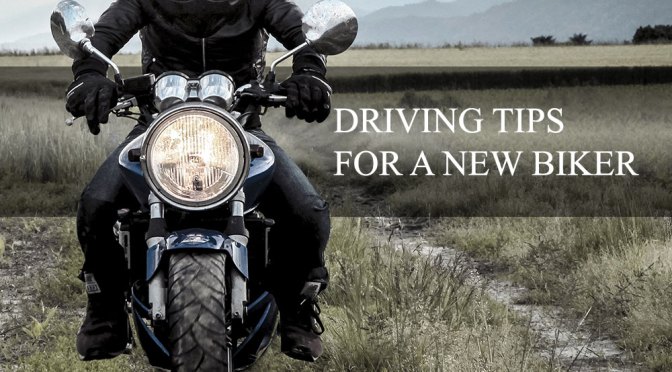 Bikes have become very common these days and even school going kids are found driving across the streets, racing their way from one street to another at greater speeds. Driving a bike has become a common phenomenon; but on the other hand, the new models that trend the automobile world everyday with various specifications, drive quality and appearance, create a difficulty from the driver’s point of view.

Getting accustomed to the new vehicle is not an easy task even for veteran, experienced drivers and bikers. The handling takes time to get used to and it is normal for many people to stumble and stutter while driving in the city traffic. So here are a few things that every driver needs to look upon before starting driving.

This a common difficulty faced by even the most experienced drivers across the roads. The method of gear shift changes accordingly with the variation in the capacities of the engine. Most of the bikes today are incorporated with five gear transmission. The difficulty can very well be understood when one drives a Splendor for some time, followed by a Pulsar or a Gixxer.

This might look like a trivial issue that can be sorted out, but without adequate practice and diligence, it might very well be a serious issue. Imagine increasing a gear by mistake near a signal when you actually want to stop your vehicle. You would not want to do that. So, at least during the initial stages of driving a new vehicle, do not plug in your headphones or indulge in any practice that would divert your concentration.

This would come in handy most of the time at signals. It is a common scene to notice people who try to start their vehicle by keeping the key in the off position. This red switch comes as a welcome note to avoid all these last minute tensions. Make sure to switch it on immediately after turning it to the off position so as to avoid the embarrassment of hearing swear words from the urging motorists.

Disc brakes might look fancy while driving a new vehicle, but they have a lot of risk factors associated with them. The disc brakes usually press the wheel rims tighter than the usual drum brakes do, thereby forcing the vehicle to come to a stop comparatively earlier. This would mean that a vehicle going on a slight turn (or even straight terrains, sometimes) would go down skidding all across the road, thereby resulting in injuries to the driver as well as the bike.

So, do not use the disc brakes for normal braking. Unless a mad dog or an innocent toddler crosses the road suddenly, you wouldn’t want to get yourself injured by disc braking.

Keep track of the fuel limits:

This is particularly a point worth noting down for those who had been driving a comfort bike and have switched to sports type recently. The numeric quantities that relate to the mileage would not strike the mind immediately and you might end up forgetting to fill the tank for a sports bike that gives only 35 kilometers per liter, while planning for a long trip.

The new bike might seem a bit rigid to drive, mainly not because of the physical appearance of it (that might well be a reason, too; the bikes tend to become ergonomic as days go by), but because of the inexperience of driver in handling that particular vehicle. This would not be much of a problem after a fortnight or for the maximum period of a month, after which the vehicle becomes quite smoother and the driver an expert.

It has become a common practice to remove the mirrors so as to make the bike look more stylish. But this is risky enough for one cannot keep turning from one side to another, and from front to back just to check if vehicles are coming from different directions. So it is always advisable to keep the rear view mirrors fit to the dome in order to avoid mishaps and unexpected happenings.

With most of the five-gear bikes, where the first gear requires the pedal to be pressed forward, while for the others, it is on the backward direction, the drivers mostly tend to park the vehicle in the first or second gears mostly. While this is not a great problem as long as the clutch is handled while starting it back to life, there are chances the vehicle might misfire. Moreover, the transmission system is designed in such a way that each gear can transmit only a range of speeds (that is, revolutions per minute) and hence for zero speed (when the vehicle is in halt), it is always insisted to keep the vehicle in the gear neutral position.

Most of the current bikes (read sports bikes) in the market have the drive axle (the handle bar and the accessories connected to it), which form an independent assembly. This makes it difficult to take a turn with a smaller radius of curvature. So, make sure you do not attempt to take a U-turn suddenly, or it might result in skidding or fall of the bike. It is required to take a comparatively greater radius of turn for an effective maneuverability.

Make sure you use high beams only during emergency because it would affect the visibility of another person who drives in the opposite direction. When some other bike’s high beams tend to affect your visibility, it is necessary to adjust to the normal vision by parking the vehicle and blinking your eyes at a rapid rate for 15 seconds. This is not required always, but constant exposure to high beams might make one’s eyes watery and the driver might not be able to focus well on the road.

The helmets might also play a vital role in the handling of your vehicle. Don’t discount tight helmets in the context that they are spoiling your comfort in driving. Any helmet with minimal space near the cheeks is always good for driving. Make sure you also get a helmet with sweat absorption material at the inner top layer, so that the luxury of driving does not get lost.

Driving may seem to be fun, and it is, only when the adequate precautionary measures are well in place. Bon Voyage !