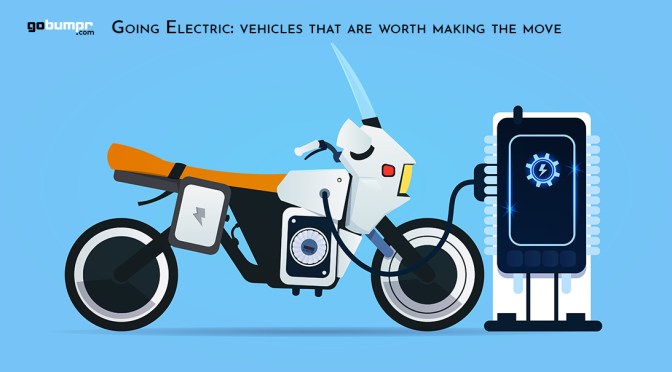 India has set a target of electric vehicles making up 30% of new sales of cars and two-wheelers by 2030. But the recent economic slowdown appears to have taken a toll on the electric vehicle plans. But the potential market is still huge, with India being the world’s biggest market for scooters and motorcycles; the next biggest market being China.

With the ever-growing pollution and bad air quality – and not to mention the continuous rise in fuel prices, more and more citizens are thinking about making the move to electric vehicles as they realize that going electric brings with it significant benefits; lower running costs, lower maintenance costs and pollution-free driving.

With manufacturers like Japan’s Suzuki Motors planning to launch an electric scooter in India by 2020, and Indian motorcycle makers Bajaj Motor and TVS Motor are also eyeing electric models, here are some existing models that are popular with consumers.

Okinawa i Praise
The scooter comes with a detachable lithium-ion battery that, according to the company, takes 2-3 hours to charge and gives a range of 160-180km. It is also equipped with features like geo-tagging, GPS, find my scooter, battery health and vehicle status, all of which can be accessed via an app on your Android smartphone. Revolt RV400
The Revolt RV400 is India’s first AI enabled motorcycle. It’s battery charges from 0-100% in 4.5 hours. In an all-new innovation, Revolt also offers four sounds in the motorcycle, all controlled through the MyRevolt App.

Ather 450
A Bangalore based startup, Ather Energy launched the Ather 450 electric scooter which promises an acceleration of 0 to 40 kmph in just 3.9 seconds, a top speed of 80 kmph and a range of 55-75 km. According to the company, the 450 was designed from scratch to offer an exhilarating ride and a hassle-free ownership experience. The electric scooter promises some great unique features like a low centre of gravity, mono-shock suspension, front & rear disc brakes and perfect balance and a reverse mode.

ULTRAVIOLETTE F77
Sporting a bold design, the Ultraviolette launched the F77 in three colour variants. The bike is currently on sale only in Bengaluru while online registrations to purchase the motorcycle have opened. Deliveries are slated to commence in October 2020. The F77 is powered by a 25kW electric motor which produces 90Nm, making it the most powerful electric motorcycle currently on sale in India. Ultraviolette has DC fast-charging capability, giving it 50 minutes to charge up to 80% and 90 minutes for a full charge.